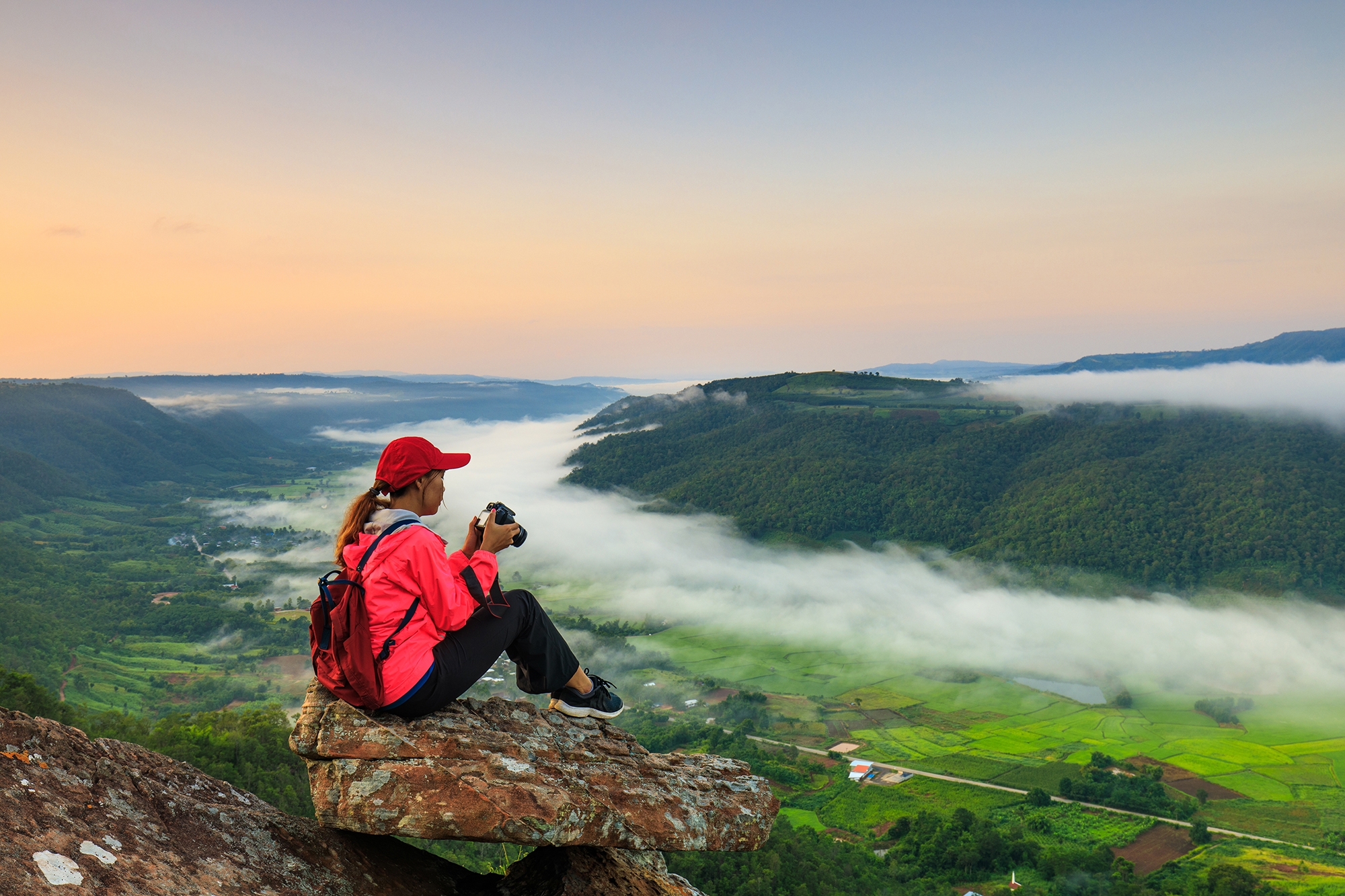 I have posted about wars. This is about the smaller ones in everyday life. We can make an issue out of every little thing. Sometimes, people will misunderstand it if we don’t. I had to fight a lot in the course of my life. I learned one thing for sure: Many things can become big, even huge in the eyes of the world – or our own – if we make them that. Fighting is proven to ‘take it out of you’: You can become angry, even furious once you have chosen the issue. You start an argument, perhaps. Things even may escalate into a full-blown conflict that rages for years.

And for what, really? So often we will come to realize that a lot of things are not worth the energy, because:
Fighting saps one’s strength. I am not talking about becoming angry – and letting off steam. That’s important in a healthy way and done safely in order to not hurt others. But fighting?

Fighting takes it out of you, the effects can become really dangerous to our system. Because, the way we deal with anger or even frustration is something we can learn – and manage. So much in life depends on how we look at it. Strong emotions are part of our mindset – that is also: part of how we evaluate what happens to us. The first flush of anger may be involuntary – but after that, it’s a choice. To save health and nerves and keep frustration at bay.

Because, also, so often looking back, we may regret unnecessary fights, especially with people we like or love.

That’s why I make it a point in my life – and a plea here for all who are wondering: Pick your battles. The next one may be really worth it. 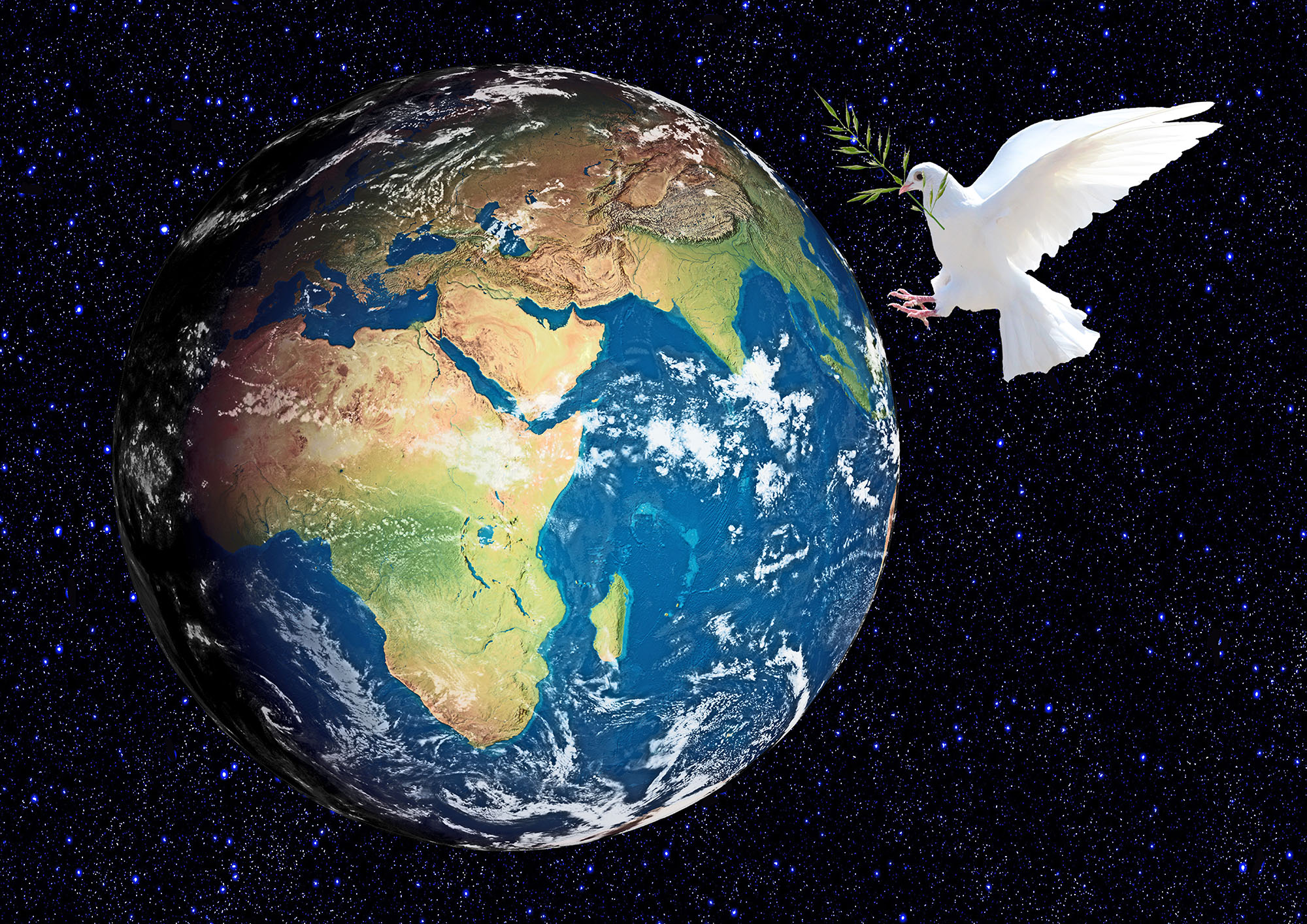 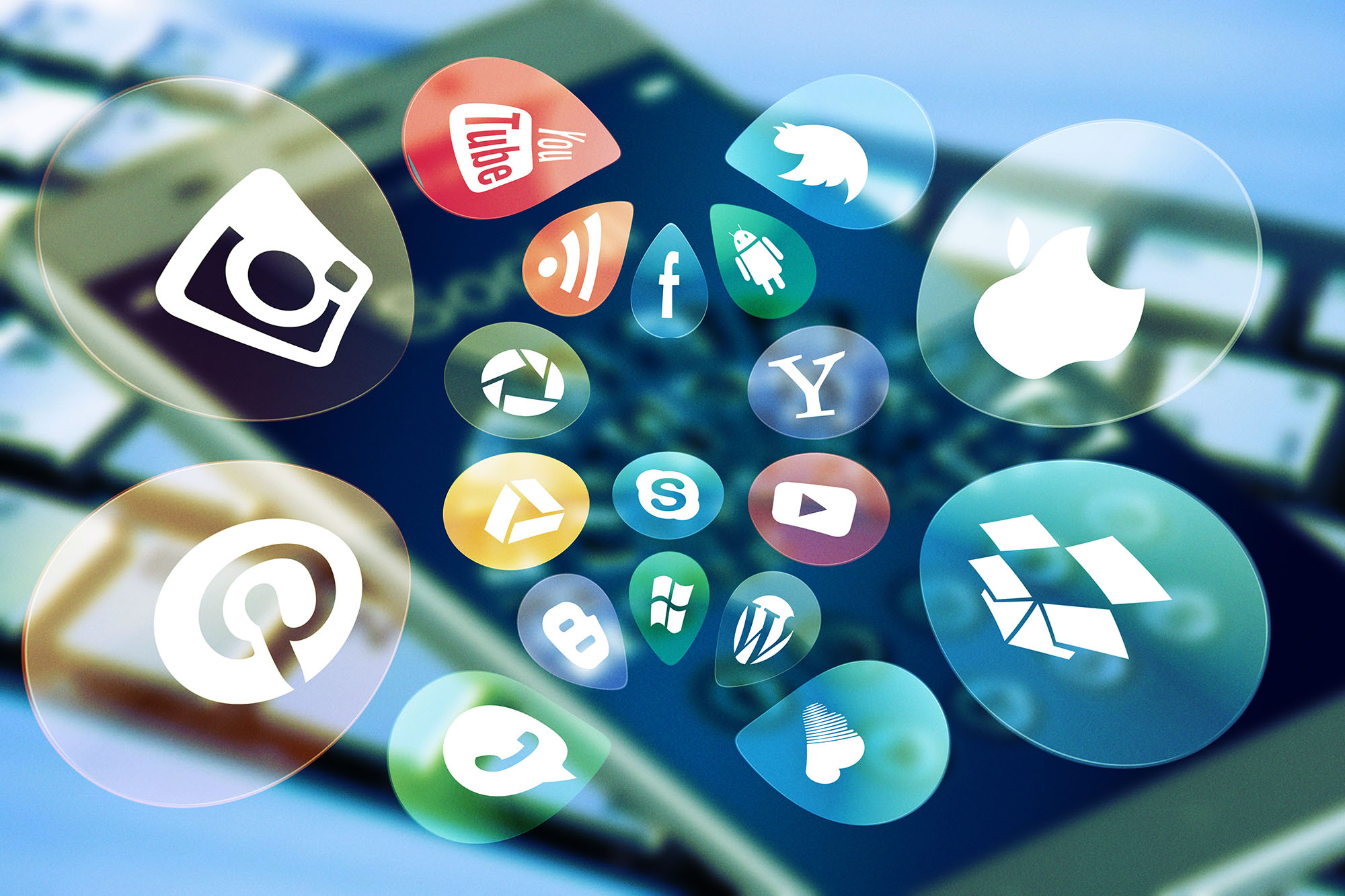 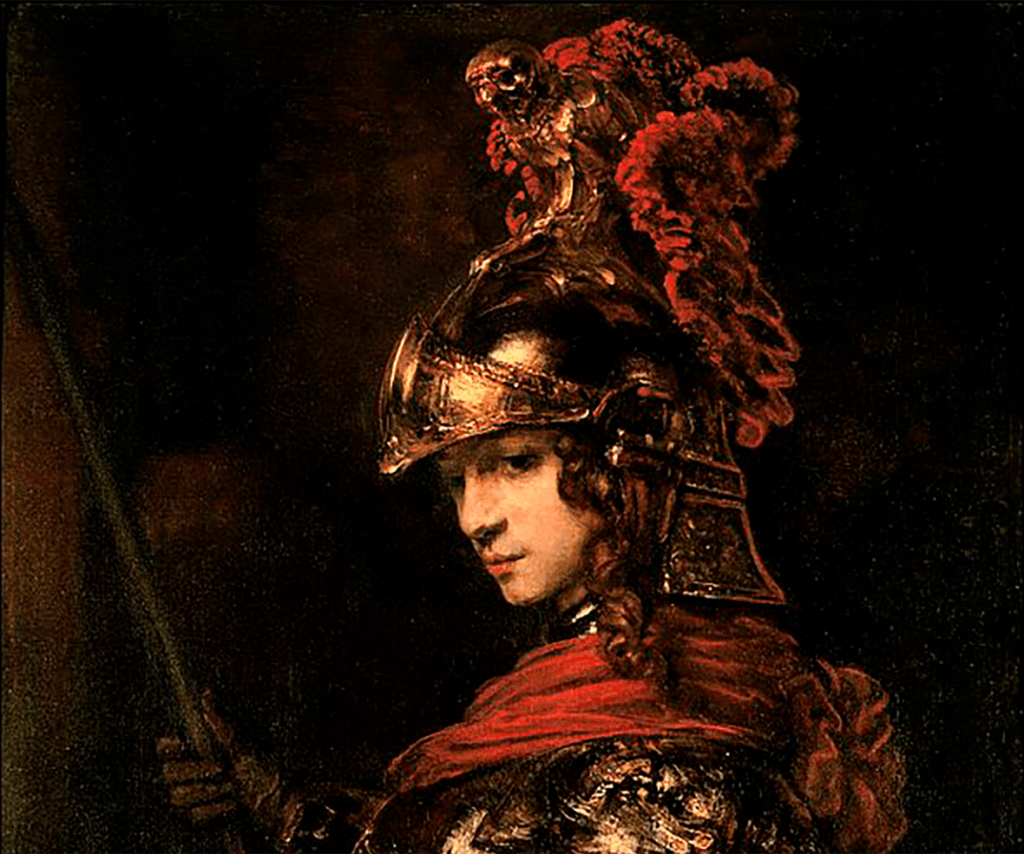 Athena, goddess of wisdom, war and crafts in Greek mythology, brought to life again…in a manner of speaking.

Why ‘real’ – or ‘true to life’, when talking about ‘mythology’? Which in the tradition of almost all peoples around the globe is a ‘myth’ to begin with, something like a ‘highbrow fairy story’?

Of Greek mythology it can be said particularly well that it was built, based on what was common in the society at the time:
life, love and war or parents and children, brothers and sisters. Kings, queens, gods and peasants, they figured in it, fought, won, lost, loved and hated just as human beings did – and do.

As a child I encountered the German retold stories of Greek mythology ‘en vogue’ then. I didn’t like the style. It seemed cramped and rather bent on trying to provide a sense of blind worship for the old traditions. Typical among those that seem to hold anything of ancient Greece in highest regard without checking twice – or real understanding and a broader view.

Still, recently I came across a documentary about the Greek myths that not only was colourful, consists of more than 20 parts – but also seems true to ‘life’.

The second time after reading Joachim Fernau, historian, of hotly debated, enlightened approach, who yet successfully made ancient history come to life in his books on Roman or Greek mythology and history.
Colourful, too, great fun to read, with real insight.

Athena is particular to me because she seems to represent a figure as a woman I feel I can relate too:
not perfect, but well-liked, desired even, yet not easily taken in – or had. She fights only in order to make more peace.
She sprang from the head of her father Zeus, reigning god of Greek mythology,  at birth, also a striking way to come to life: a father’s thought or idea…

She failed once dreadfully when killing her sister in a sparring fight, where her father Zeus interfered at the last minute, blinded her sister momentarily to weaken her and thus makes Athena kill her sister accidentally.
A little background here makes it clearer:
‘Pallas’ had been her uncle Poseidon’s daughter in the tales, but both had been raised and felt like sisters. That Zeus would interfere at all, in the tales was due to an old rivalry between his brother Poseidon and himself.

That’s apparently why she is called ‘Pallas Athena’ on most statues or scrolls or in texts: she put the name of her beloved sister in front of her own to remind and be reminded for the rest of her life.

She is protective goddess of all crafts, close to arts and although I am not a craftswoman as such, I like many crafts very well, such as knitting, crocheting, or cooking.

Wisdom, last but not at all least of the main characteristics and responsibilities of her as a figure in the tales:
wisdom is dear to me and I try to attain more, as the years pass  by, always have held in it in high regard.

Wisdom and knowledge are not the same thing by a long chalk. But experience and a kind heart, as well as knowledge are the best possible bases for wisdom to come – sometimes sooner, sometimes later.

Non-violently ‘fight’ for peace, be wise, do not let them fool you and look your fellow-man – literally and figuratively – squarely in the eye, yet remember also about love or passion, quality-wise, instead of quantity: that’s what this image means to me in a nutshell. Athena. 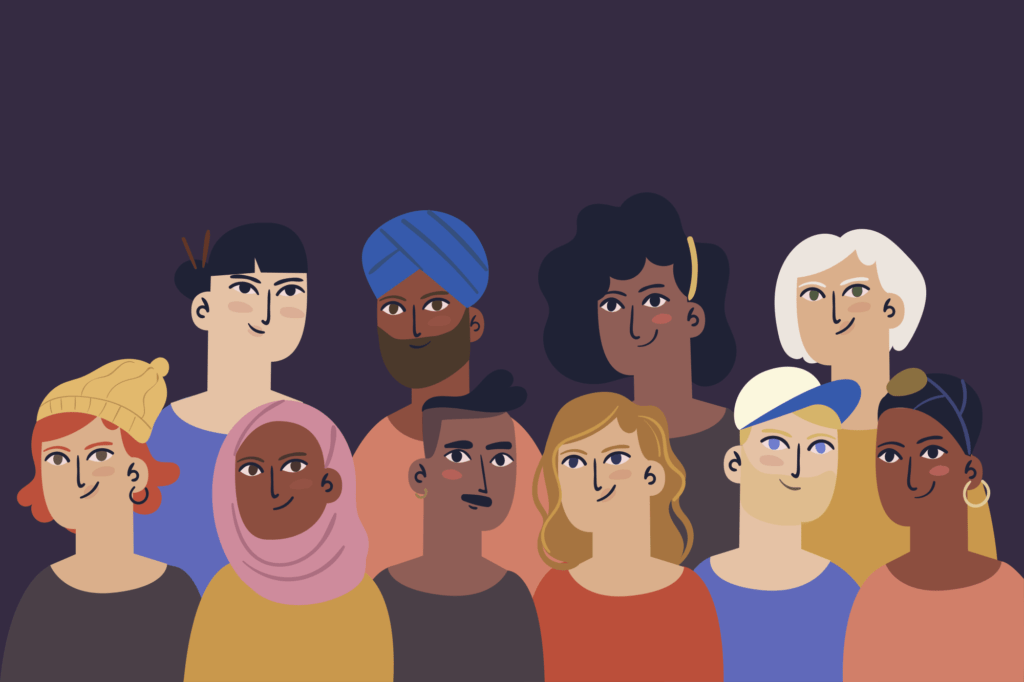 Human beings and large crowds: an explosive mixture, at times.

Large crowds and also large groups can be wrong and they can be dangerous. In politics, they can cause dreadful movements, such as the Nazis were during the Third Reich, my favourite example, because so close and real in history.

There are sects that make people tools in the hands of their ‘leaders’ for a religious cause.

There are other kinds of groups.

Why do people in everyday life seek crowds or a group to join? Why do we look for confirmation of our views in a group, sometimes even just family or friends?

To feel safe – or safer.
Because we feel we are being accepted with what we feel or think. To feel less insecure or threatened, or more proud of ourselves, since we are part of a larger ‘body of common interests’.

This can be important. Human beings since the dawn of time were not meant to exist on their own.

Also, in worthy causes, a group makes us stronger, for example peacefully, non-violently fighting for environmental change, by protesting in the streets.
Joining a group for child protection. Or for the protection of women. To do good for those who are less fortunate than we are, who live on the streets perhaps.

But how can we judge if a cause is worthy? Especially if you feel already insecure or threatened.

Fear can be the worst counsellor!

The beginning of it all is respect:

Working at self-esteem can be a good starting point.

But how does respect for myself feel and how can I get over the fear, since others are there that threaten me – or seem to do so?

That’s a tough one. I think there are times when easy solutions can be even more dangerous.

The best couple of ways I feel can help, are these:

keeping the peace in peaceful coexistence. I like the saying: ‘when you fight you can loose. Not to fight means you have already lost.’

I also remember the principle from jujitsu many years ago, apparently part of its age-long tradition:
‘Be like the willow tree that bends before the storm – and then darts back. Yield in order to win.’

To me it’s more like this:
‘Persevere – hang in there. And: don’t forget about the breaks!’